My son has been bugging me for quite some time now to make s’mores. For those who are not so familiar with the classic American treat, s’more is traditional night time campfire treat. You roast a marshmallow on a stick over camp fire then sandwiched between two pieces of Graham crackers with a layer of chocolate.  No, he didn’t want to go outdoor nor indoor camping but just wanted some s’mores.  Stove top will do, he kept saying. The thing is Graham crackers are not readily available in Australian supermarkets. If a recipe calls for biscuit base using Graham crackers, sweet wheat biscuits or similar are often used as substitute. Not quite the same so whenever I see Graham crackers at the Filipino store ( almost half an hour travel from us ), I grab a box to stock in the pantry for future cheesecake or key lime pie cravings. I was lucky to have spotted Graham crackers over the weekend so I bought a big box and had key lime pie in mind to make. My son spotted the crackers and said, “Nope. Not cheesecake but it’s time for s’mores.” Well, I gave in and thought, why not and bought a packet of mini marshmallows instead of limes. Now, how timely was this? Was going through my Pinterest account and everybody was pinning photos of s’mores! There was one photo that caught my eye because it looked easy to make and the photos were nice. Talk about the power of visual arts! Anyway, I clicked on the link for the recipe and voila! Indoor s’mores! Christina, who posted the recipe on her blog Dessert For Two  used a cast iron skillet to bake the chocolate chips topped with marshmallows in the oven. I loved the sound of it – easy and less messy so finally, s’mores for afternoon tea yesterday. 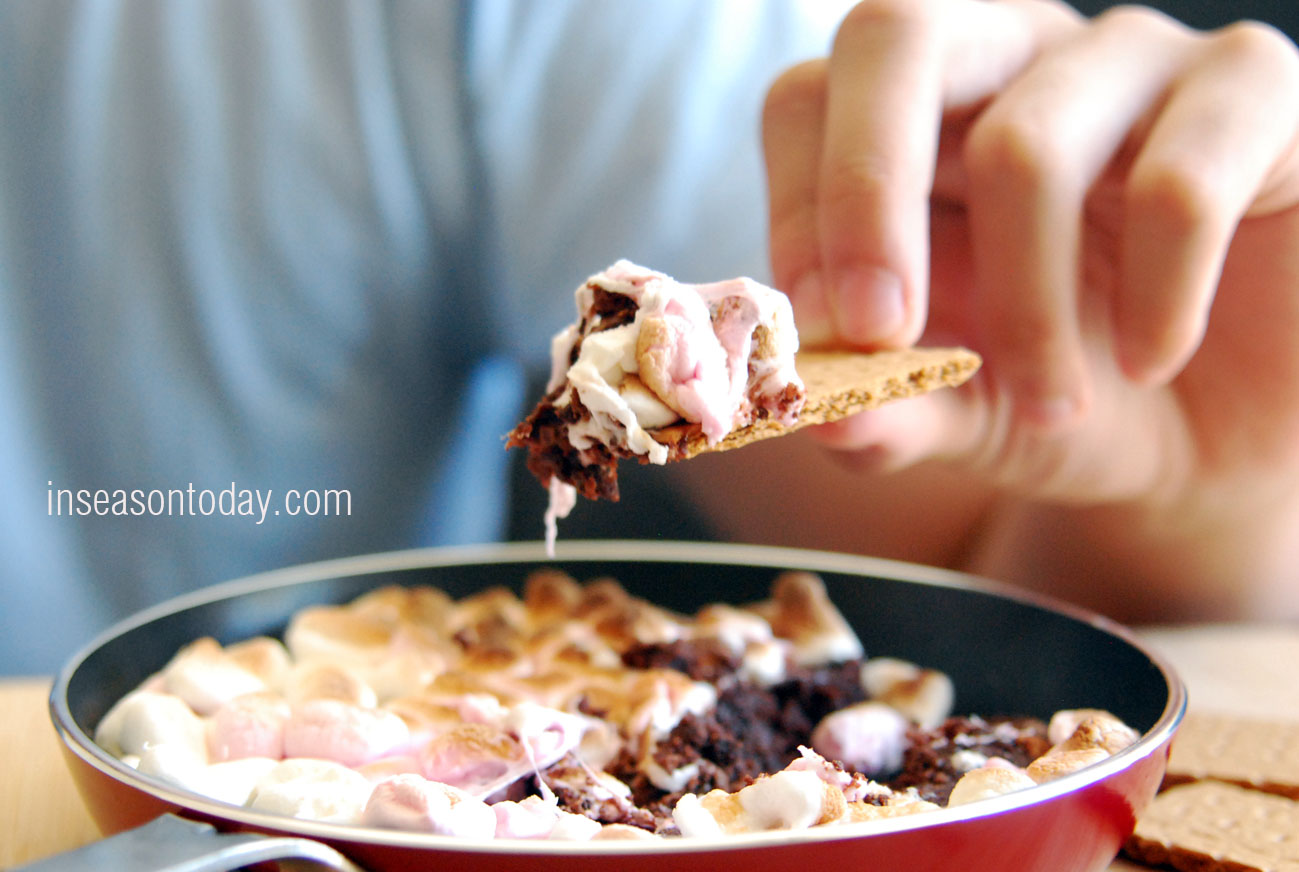 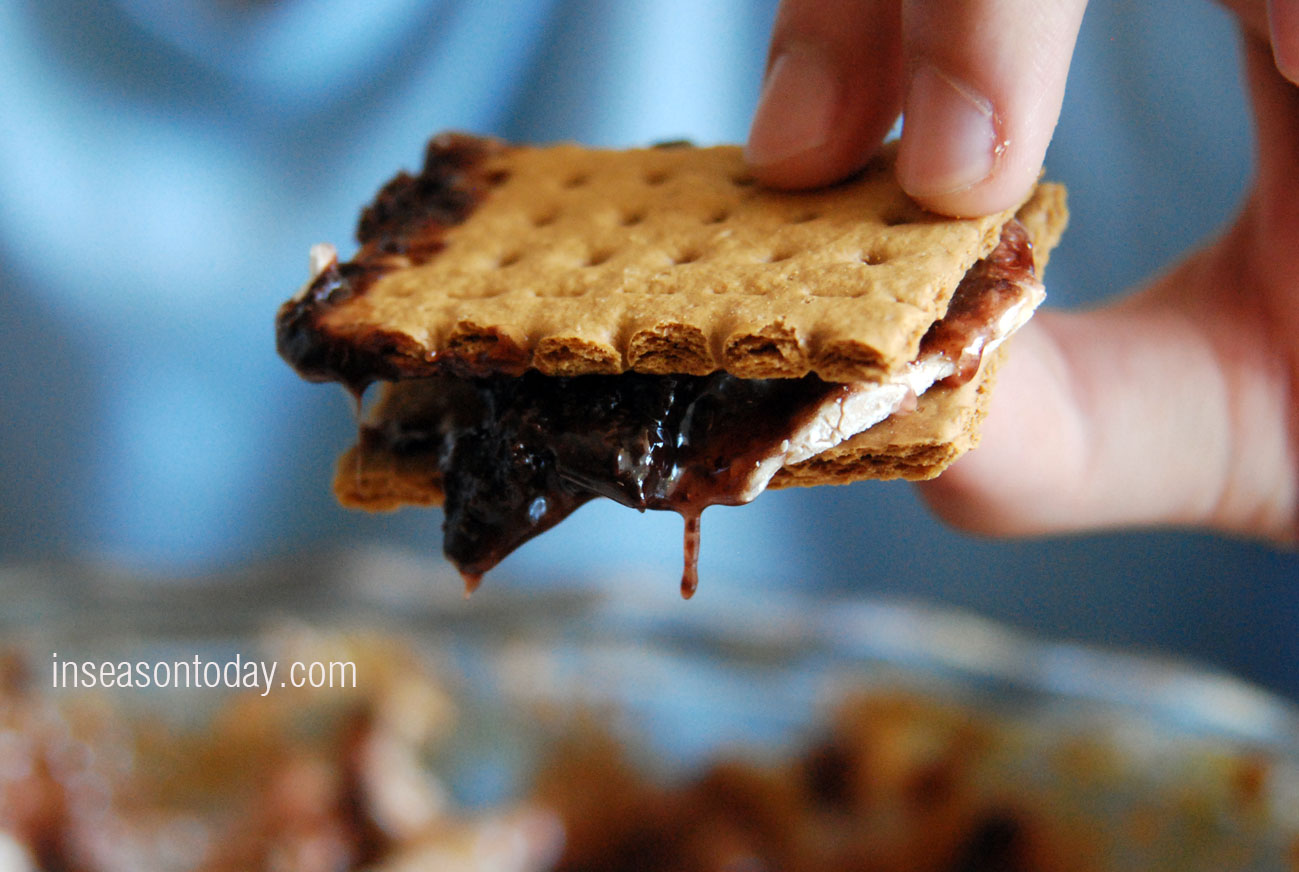 My son said I used too much chocolate but he wasn’t complaining he said. Toasted marshmallows and gooey chocolate – can’t complain about that! 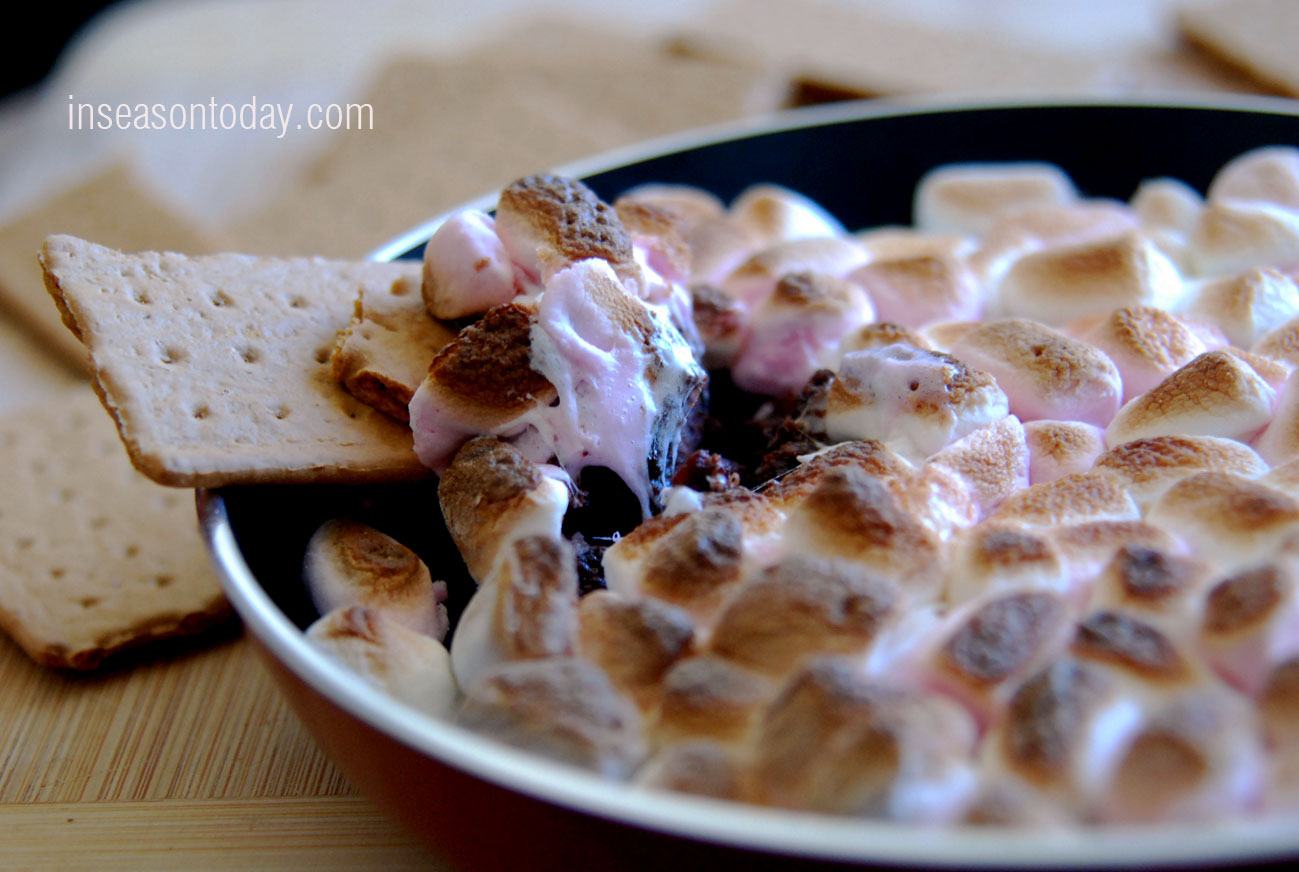 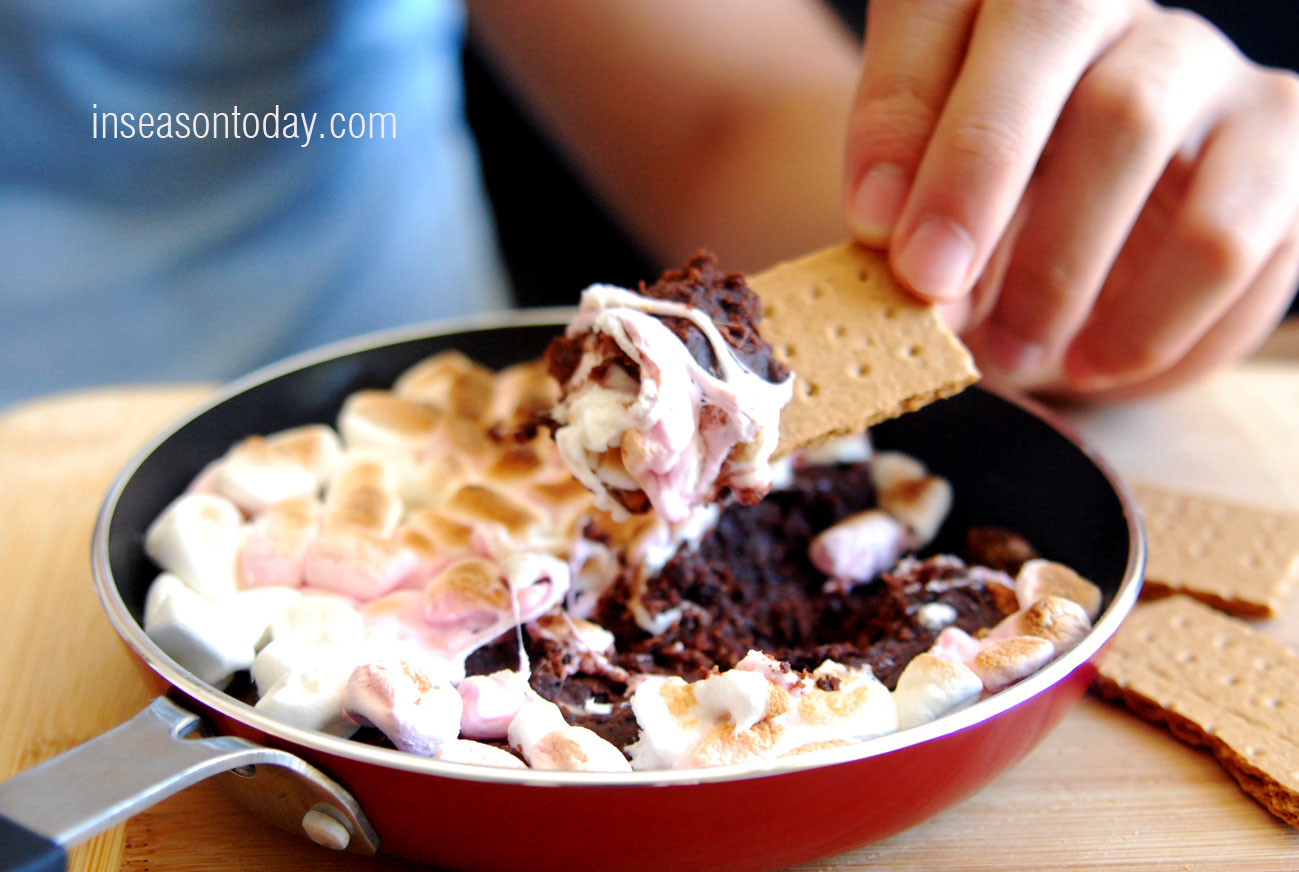