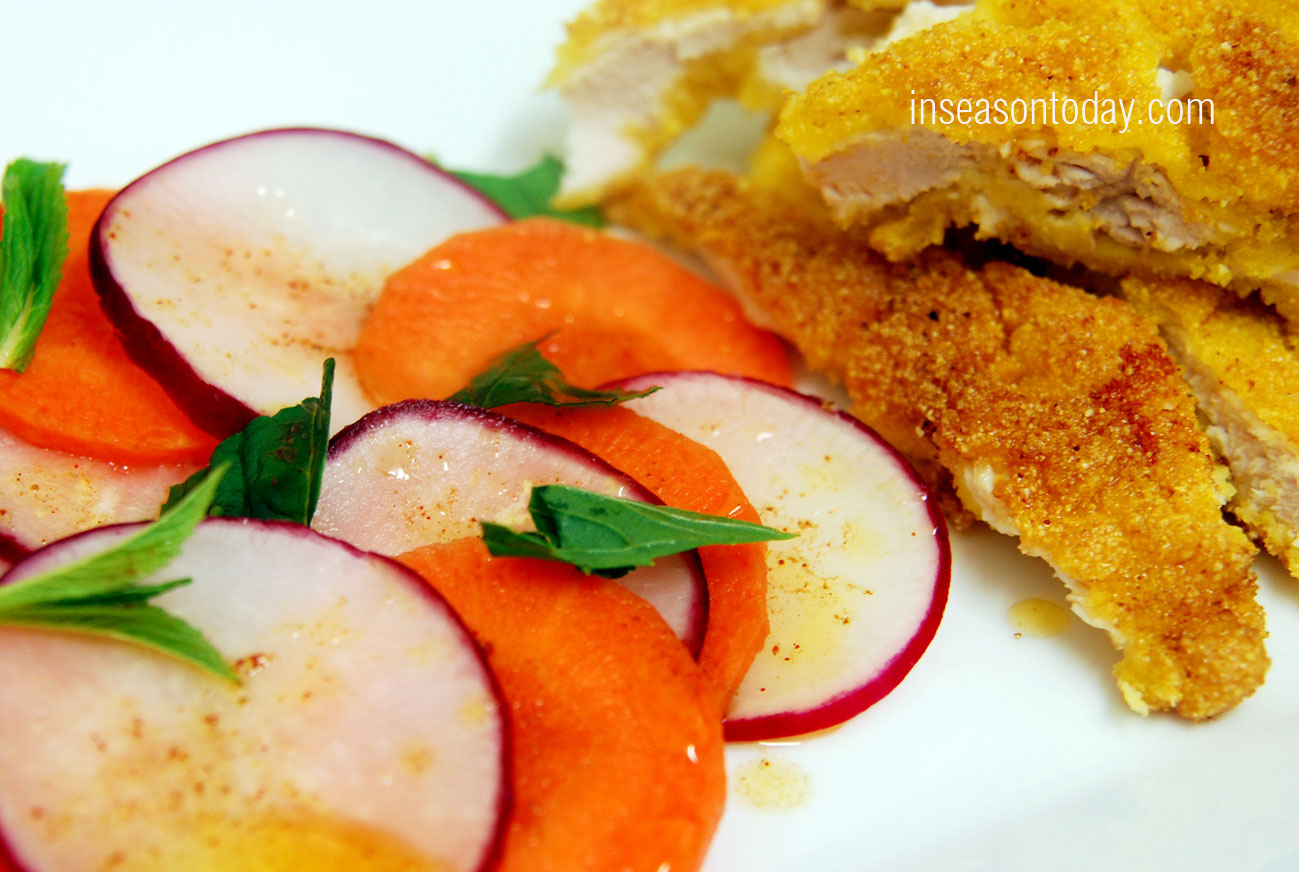 I was very excited preparing this meal and was really pleased with the results. Red radish is one of those winter vegetables I haven’t tried yet until last night. Truth be known, I didn’t know what to do with it. Thanks to the internet, millions of ideas are available on how to prepare and use radish in the culinary world. Polenta is another item I have not tried preparing and cooking myself. I have had it before and liked the texture and flavour. I was watching a food travel show on the telly the other night, which featured spices from Turkey, cumin being one of them. I love using cumin in Mexican dishes and curries but it didn’t cross my mind before to use it as a salad dressing ingredient. Another interesting ingredient I used is rosewater, which added a delicate flavour to the salad dressing. I have a bottle of rosewater in my pantry as I have been planning (for months now) to use it to make rosewater cream dessert. For now, rosewater goes with the salad.

This is a simple and easy to make dinner for two to four people. The polenta, a staple in the northern Italy, was used to crumb the chicken, which gave a lovely thick texture and hearty flavour to these schnitzels. The thinly sliced carrots and radish were beautifully dressed with lemon infused olive oil, rosewater, honey, dash of cumin, paprika and cinnamon, and garnished with fresh mint leaves. A very interesting exotic take on the traditional carrot salad. 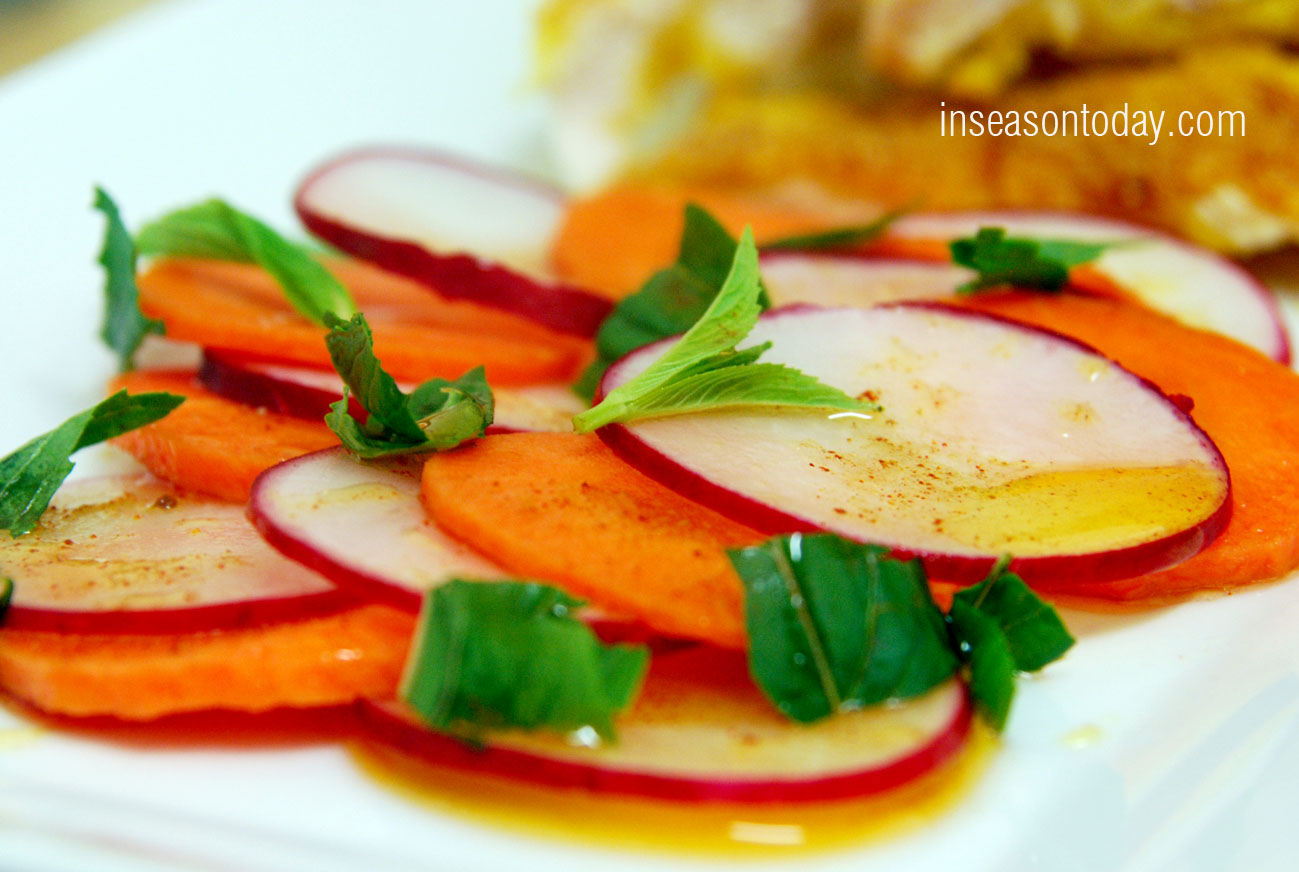 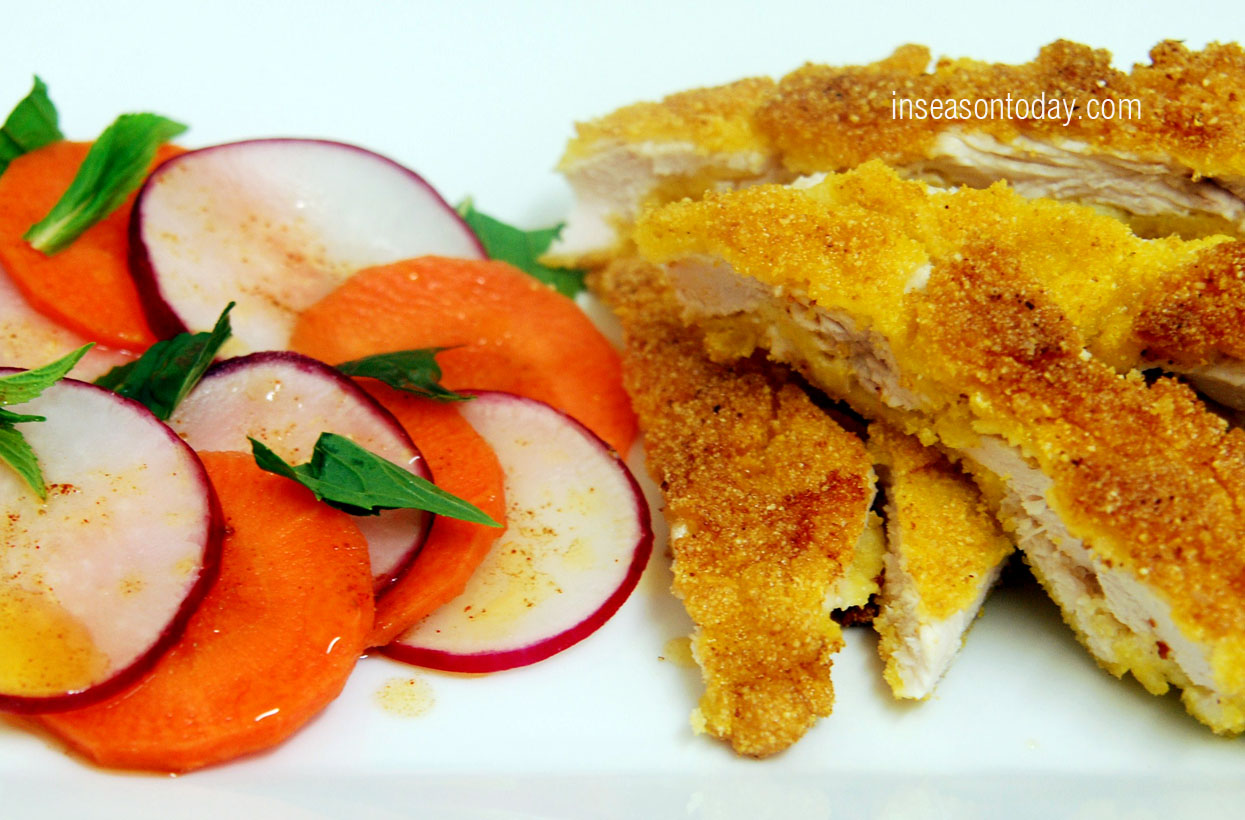 For the chicken schnitzels

For the red radish and carrot salad