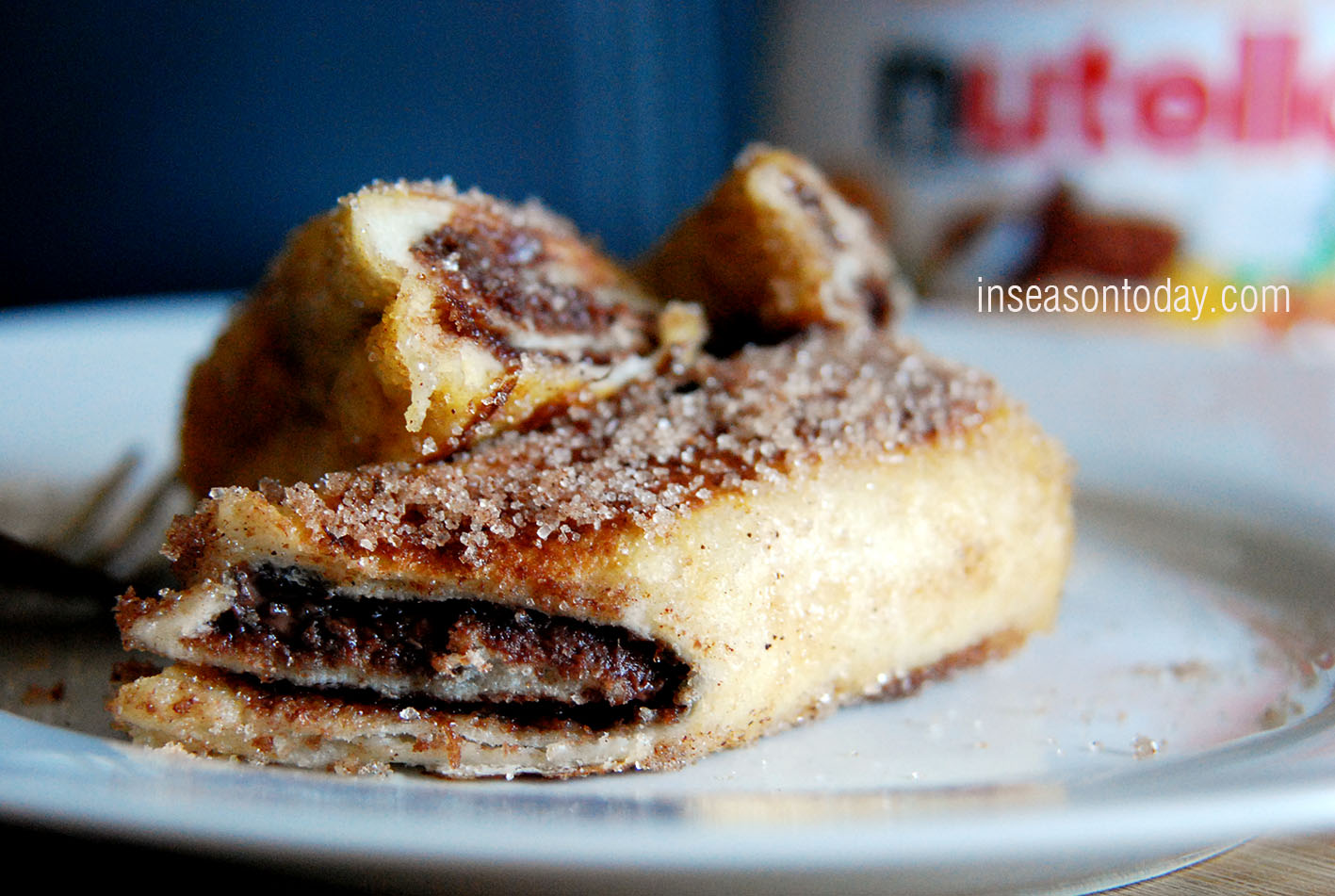 What a change of weather in Sydney! From yesterday’s too hot and sunny to today’s somber and showery. It is one of those afternoons when you just want to chill out at home with a book while enjoying tea time. Normally, scones and tea will do the job. But yesterday’s afternoon treat was delicious that most likely, I will be making more of those soon after I have finished posting this entry. I made some French toasts with poached honey and vanilla peaches for brunch last Saturday. For fun, I posted the photo on my Facebook timeline and some friends and I started talking about how we like French toasts. Next thing you know, Country Living Magazine Facebook page posted 15 recipes of new twists on French toasts. Brilliant! Obviously, I got excited because I love French toasts (in case I have not made that point clear yet). I browsed through the recipes and this one was clearly the winner – Nutella French Toast with Cinnamon Sugar. It had me at Nutella and the cinnamon sealed the deal. My son loves Nutella. Well, who does not anyway, right? I love cinnamon. Such a versatile spice, which you can use pretty much on any recipe. I loved how the cinnamon balances the sweetness making these Nutella French toasts not too sweet.  I did not go overboard with the Nutella. Just the right amount of spread on flattened white bread slices, rolled and then dipped in egg and milk mixture. Pan-fried until golden, then rolled in a mixture of cinnamon and sugar. I wish I could take credit for this delightful idea but credit goes to Louise of Lick The Spoon blog, who actually adapted the recipe from Cinnamon Spice And Everything Nice. Just goes to show really how good these Nutella French toast rolls are that quite a few have actually made these. As I have mentioned, these are great for tea time treats as well, and not just for breakfast or brunch. Go on. Try making these and I promise you will love them. They can be addictive. Do not say I did not warn you. So easy to make and so delicious to the taste! 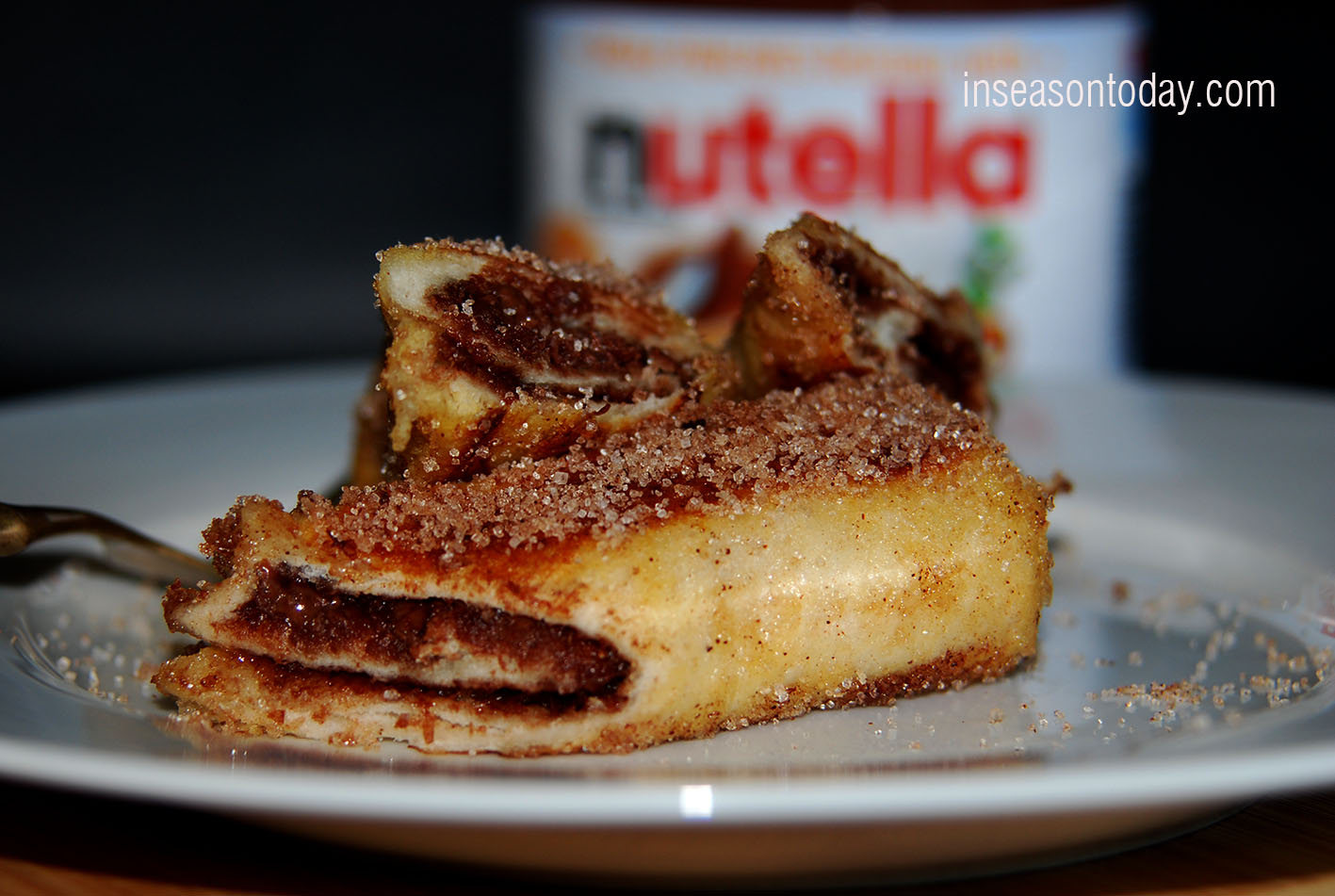